A precious metal coins a region
The importance of Schwaz is based on the extraordinary silver and copper deposits in the heyday of 1500, when still 15,000 miners and smelters pursued their sweaty work here. The economic wealth of the silver city in the 15th and 16th centuries has also had a cultural and iridescent effect.
Numerous buildings and sights from the mining period - many in the middle of the old town - still bear witness to the splendor of bygone days.

The silver age legacy can now be found in the Silver Zehner , the regional currency of the Silver Region, again:
www.silberzehner.com

Schwaz had to bow to heavy fatalities in his story. Due to globalization and the increasingly difficult conditions, mining has become no longer internationally competitive. In addition, about one third of the city of Schwaz in the Tyrolean freedom struggle in 1809 was a robbery of the flames.

Of all these terrible events, Schwaz and the city of the whole silver region could recover only slowly. Until 1957, the silver mining on "low flame" continued to operate, but later only gravel was won. Due to a massive rock fall in 1999, the mining in Schwaz was completely stopped.

So it seems all the more important now to focus again on the historical silver traces and thus to pay tribute to the historic mining season. In addition to the famous show mine , where the silver age is perceptible and experienced annually for about 100,000 visitors, the realization of a silver shop or a "house of silver" on the wish list in order to become the region's primal theme is part of the current tourism strategy process to confess with modern approach and thus to position themselves even more clearly. As a confident region of silver!

The city of Schwaz became a robbery of the flames

On a journey of discovery through the silver city of Schwaz. 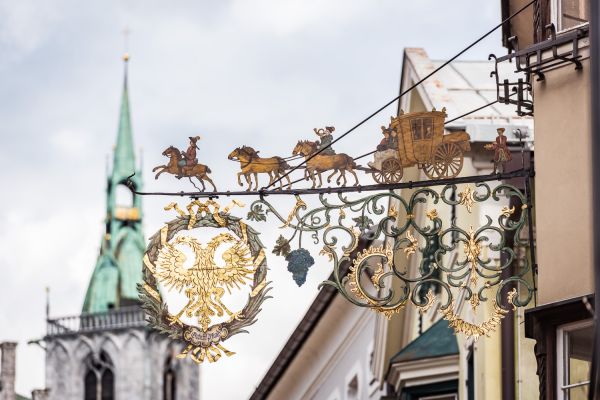